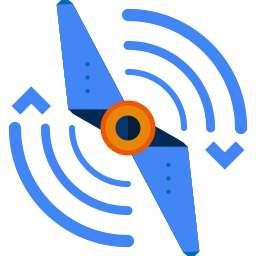 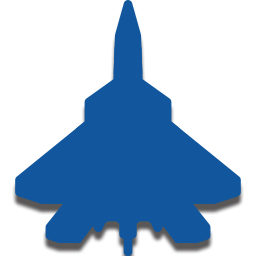 Recently, Unmanned Aerial Vehicles or UAV's are increasingly being used in Military, Paramilitary and Civil Aviation applications. They can provide safety and comfort in jobs that earlier required the presence of a human pilot. UAV's have proven to be exceedingly useful. However, accompanying this increasing use is also a natural drive to make the systems more flexible and robust in terms of their capabilities including endurance and large power reserves. We are targeting the same through our variable payload All Electric & Hybrid aircrafts with advanced subsystems and robust technologies.

'Vertical Take-Off and Landing (VTOL)' aircrafts are becoming increasingly important in Military, Paramilitary and Civil Aviation sectors as these systems have great potential for operating as both piloted and pilotless modes. The ability to carry enough payload including troops and minimal readiness time have made VTOL aircrafts an ideal choice for operations related to rapid deployment of ground troops, precise location hovering for delivery of supplies, and rapid medical evacuation of troops from difficult terrains. Compared with Fixed-Wing UAV's, VTOL UAV's have several advantages, such as hovering capability and no space restriction for Take-Off and landing.

These are particularly useful for Military, Paramilitary and Civil Aviation applications.

VTOL AVIATION INDIA’s All Electric & Hybrid multiple MTOW Fixed Wing VTOL UAVs, Quad-Copters and Multi-Copters are VTOL capable UAS that can carry variable payload as per their usage in a specific sector applications. These UAVs have long endurance, high speed, and operational ceiling, with various capabilities of carrying out Surveillance, Strike, Supply Emergency Cargoes and Medical-Aid also at the same time be easily maintainable and mass producible. The variable landing capabilities targeted are (Ground Surface, Rooftop, Water, Snow or Ice, Helipad or Runway). They are 'Autonomous Aircraft' with RPAS options as well. It has both Electrical & Hybrid Power options. They are designed to provide 'Live Video Streaming' with the Ground Control Station as per the aircraft chosen for respective mission in Military, Paramilitary and Civil Aviation applications. Some of the developed products are capable of customisation to incorporate options of 'Weapon Release System' as well.

Like any popular technology that is first championed by military and later adapted by civilian world, the VTOL aircraft systems, both manned and unmanned, offer many potential benefits mentioned below:

VTOL AVIATION INDIA’s products have the added benefit of offering high, durable and flexible performance. Our aircrafts can find their application in Military, Paramilitary and Civil Aviation spheres; such systems are primarily slated for Intelligence, Surveillance, Target Acquisition, and Reconnaissance (ISTAR), and possibly extended to Suppression of Enemy Defence (SED).